<Back to News
Patriotic Concert 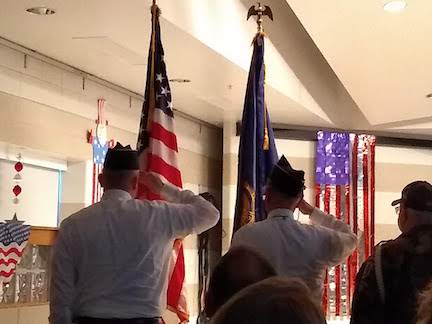 On Wednesday, May 15th, the students of Anchor Elementary 1st grade teacher Jenny VanHouten stood straight and tall in front of an audience of their parents, veterans and community first responders to proudly sing many beloved songs in tribute to our country.  This patriotic concert entitled, “Proud to Be,” has been presented to the community for the past 29 years, begun in 1990 by Jenny VanHouten’s mother and former teacher, Sybil VanHouten, and her teaching partner, Sis Kanten.

The concert had a simple beginning – during the Gulf War, Sybil VanHouten and Sis Kanten discovered that their students didn’t know the words to “The Star-Spangled Banner.”  They decided to teach their students the U.S. national anthem as well as some other patriotic songs and present them to parents at an informal tea. When Kanten retired, the mother-daughter VanHouten team continued the concert until Sybil’s retirement.  Now Jenny VanHouten carries on the tradition with her mother’s guidance and support.

Over the years, as more songs and dialogue were added and speakers invited to address the audience, the event has grown into the program presented today.  The Dexter American Legion presents and retires the colors, students recognize local veterans and first responders with flowers and VanHouten class alumni are invited back each year to join the current 1st graders in singing, “Goober Peas,” a Civil War soldier campfire song.  The program has even been taken on the road to Gordon Hall, the VA Hospital and the Dexter Gazebo.

One of the highlights of the concert is the singing of each military branch’s official song – the Air Force’s “Off We Go,” “The Marine’s Hymn,” the original version of the Army song, “The Caisson Song,” and “Anchors Aweigh” for the Navy.  Veterans from each branch stand and are recognized during the singing of their song.

Having presented this event for so many years, there are several memorable concerts Jenny VanHouten remembers fondly.  One especially poignant concert was when students honored local police and firefighters shortly following the 2012 Dexter tornado.  Another was when they honored an actual Rosie the Riveter, who happened to be the grandmother of a student.

“Having past students of all ages, even high school and a few college students, attend to sing “Goober Peas,” is always special, says VanHouten.  And, perhaps closest to her heart, is the “privilege of working with my mom on the program for so many years.”

“Seeing the smiles, and sometimes tears, in the audience,” shows clearly that this event is still valued and enjoyed.

Hats off to VanHouten and her students for continuing this special patriotic tradition! 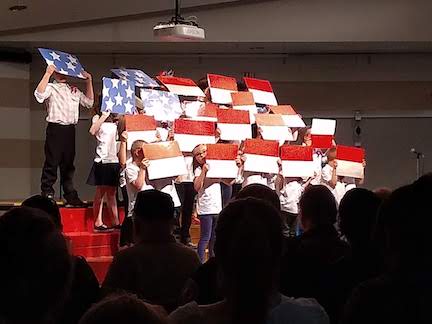 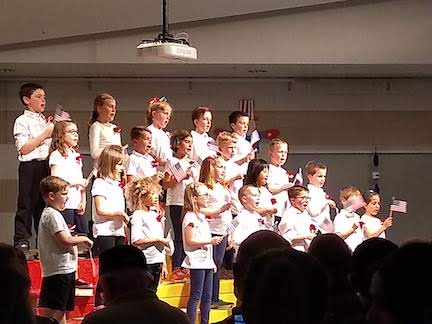