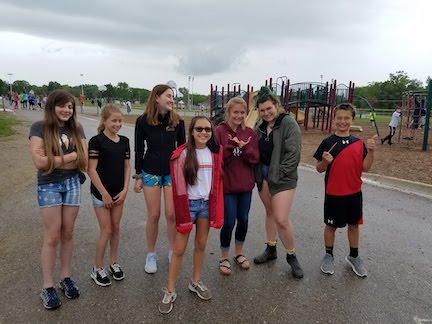 At Creekside Intermediate, four 6th grade classes recently completed a six-week history unit on World Religions, collaborating with high school students currently enrolled in the IB World Religions class. During this time, 6th graders researched a major world religion of their choosing and wrote a series of blog posts presenting their findings. Each Creekside student was paired with an IB student who read their posts and commented with questions and constructive feedback. The unit culminated on May 30th with a celebration event where the 6th grade students finally met their IB buddies in person for popsicles, recess and mandala coloring. 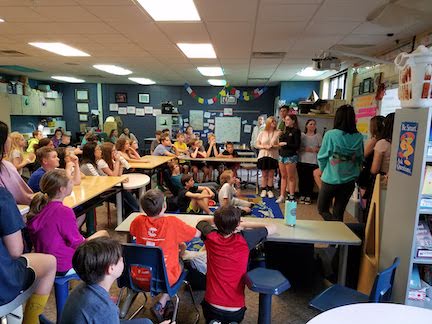 The World Religions unit began with the 6th graders researching the major religions practiced in early civilizations and what is the status of these religions today. They were then asked to choose a religion to study more in depth and create a blog sharing their findings with both their IB buddy and fellow classmates. Students first introduced themselves, stating why they chose their particular religion and what they hoped to discover during their research. Subsequent posts shared their research on the religion’s history, including images depicting its different aspects, discussed related current events and even contemplated what the world would be like if their religion didn’t exist. 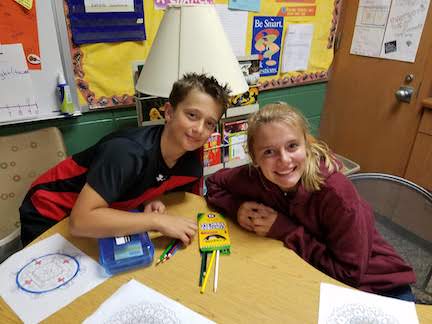 The high school students read each blog post and made in-depth and meaningful comments, asking questions about the content and posing questions of their own. 6th grade teacher, Narda Black, shared that, “having the IB students comment on the posts made much more of an impact on the 6th graders than if the teachers themselves had commented.” 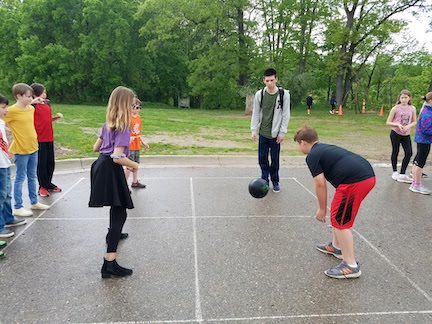 The students had positive things to say about the unit, especially the creation of blog posts. Blogging, with its interactive format, provides a more meaningful experience than simply writing an essay. Comments can lead to deeper conversation about a topic, prompting students to pursue a line of thought further than they may have otherwise. And, for this topic in particular, “there’s something almost yin and yang about the discussion of ancient religions using such recent technology,” Black said.

6th grade Summit teachers, Narda Black, Kirsten Korff, Denise Dutcher and Jane Webby, collaborated with IB World Religions teacher, Murphy Hansen, to bring the Creekside and High School students together for this unit. Hansen happens to be one of Black’s former students, now a professional colleague, and Black had the idea to connect the students after seeing a world religions tweet by Hansen last year. That tweet “gave me the idea that we could build into our project an authentic audience and purpose for our students. The kids produce better posts and are excited to read their buddy’s comments because they know someone besides me is interested and engaged with their work,” says Black. 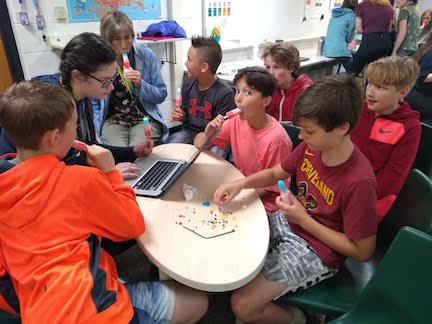 The connection between Mrs. Black and Ms. Hansen isn’t the only one that appeared during the course of the unit. Many of the high schoolers were former students of the 6th grade Summit teachers and enjoyed reconnecting at the celebration. In addition, one of the 6th grade boys requested to be paired with a specific IB student – his sister.

At the May 30th celebration event, the high school students met with their group of 6th grade buddies at Creekside (each IB student worked with 5-6 students) and discussed their take-aways from the unit over popsicles. Recess followed for all ages, the high schoolers wasting no time diving into old favorites like Four Square with the younger students. 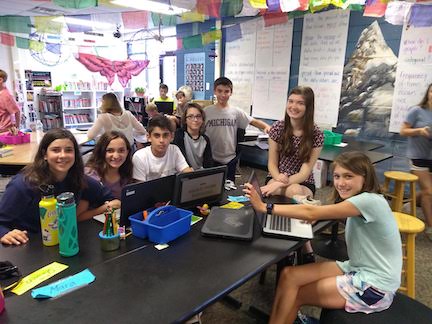 Back in the classroom, the IB students presented a slideshow on Buddhism, Buddhist monks and their creation and destruction of mandalas. The mandala is a symbol of the universe and monks painstakingly create intricate designs out of sand to represent the transformation from suffering to joy. Once the mandala is finished, it is then destroyed to represent the impermanence of life. After their presentation, the IB students and their buddies colored mandalas and then chose whether or not to destroy them once finished. 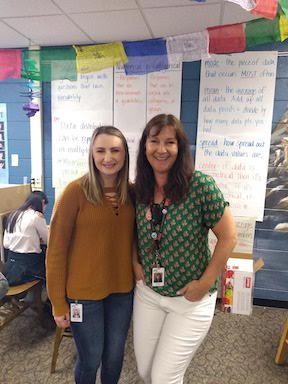 “One great aspect of Summit is the platform curriculum is already there, but it is totally editable and changeable as much as we'd like or need to meet the needs of our kids,” says Black. Because of this flexibility in the platform, the 6th grade students were able to have a wider project experience due to the Summit team’s inclusion of the IB Buddies. The older students’ contributions to the project encouraged the 6th graders to delve deeper into their topic in order to fully participate in the ongoing blog discussion.