<Back to News
Willkommen bei Dexter!

On Friday, October 25th, 2019, eleven students from Burghausen, Germany, a town in the Upper Bavarian district, arrived at Dexter High School for an eleven-day exchange visit and hit the ground running.  Upon meeting their host families, students had the choice to begin their U.S. experience with an evening of theater at the DHS Drama Club’s production of The Wizard of Oz, an introduction to American sports at the varsity football game against Crosswell-Lexington or a relaxing night at home with their host family. 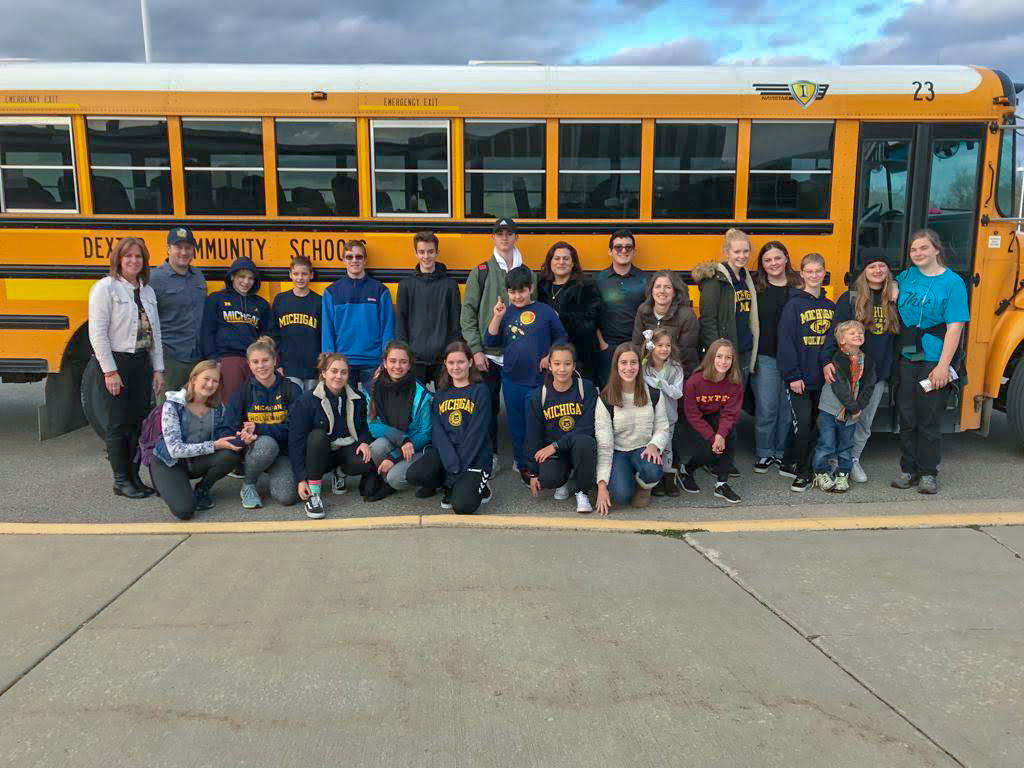 Welcome to Dexter, where there’s never a dull moment!

The Bavarian exchange trip was first introduced in Fall 2017, modeled after a program with which Superintendent Chris Timmis was involved while teaching at Adrian Schools.  The program is sponsored by Wacker Chemie AG, a German silicone manufacturer whose American headquarters are located in Adrian, MI.  At Dexter, Executive Director of Instruction, Mollie Sharrar, coordinates the exchange including the selection process, pairing students with host families and the trip schedule.

Similar to the coinciding French student exchange, the student selection and pairing process for the Bavarian visit began long before the exchange.  Most of the participating Bavarian students are either 8th or 9th graders, and are paired with DHS freshmen or sophomores.  Once matched, students and their families communicate via text, email and social media to get to know one another before arrival.  Larger group communication between families before, during and even after the exchange is done through WhatsApp, where all can share texts, pictures and videos.

Sitting down to speak with three of the Bavarian students on their last day in Dexter, each expressed how much they enjoyed their trip and, “absolutely, 100% recommend travelling on an exchange trip.”  For Sarah Mathe, who stayed with Briar Mesko and her family, and Michelle Fuchs, paired with Clara Thomas, this was their first visit to the United States.  Georg Bieber had previously been to the U.S. for family trips to New York, Florida and California.  Bieber was partnered with DHS freshman Owen Mekas. 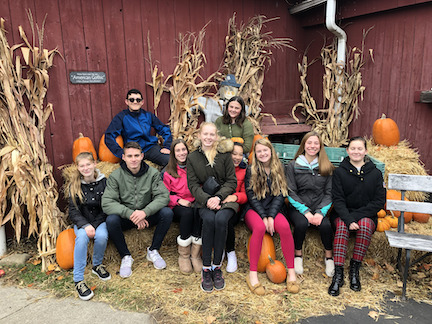 While in Michigan, the Bavarian students attend some classes with their host students, while other days the group travels on field trips to sights around the area.  The weekends are left open for the host family to plan any excursions.

On their first full day (a Saturday), Bavarian students and their host families toured downtown Dexter, visiting the Dexter Bakery, the Cider Mill and walking along the B2B trail.  Another Dexter favorite, an activity night at Blast Corn Maze complete with hayride, pumpkins, cider and donuts, was included later in the trip itinerary.

During the school week, when Dexter students were in class, the Bavarian students visited their program sponsor, Wacker Chemie AG, and explored Cabela’s, in addition to joint field trips with French students.  The overlap between the Bavarian and French exchange programs provides a unique opportunity for combined field trips and wider cultural exposure for all students involved.  Field trips for all international students were taken to The Henry Ford Museum/River Rouge Factory and The University of Michigan stadium and campus.  Exchange students also had the opportunity to experience school in the United States toward the end of their visit, when they attended two days of DHS classes with their host students. 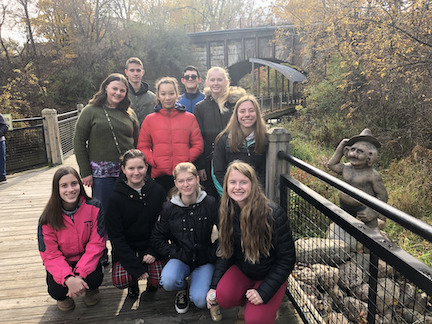 In Germany, students are assessed in the 5th grade to determine which upper level school they will attend: trade school, university preparation or general education.  The students participating in the exchange attend Aventinus-Gymnasium (AVG), a high school for those on the path to university with approximately 600 students.  In order to participate in the exchange, the students from Germany must speak fluent English, and the three interviewed could also speak fluent French in addition to their native German.  These students have also studied Latin, and Fuchs speaks Russian at home as well, due to being born in Kazakhstan.  Mathe said that German students start taking English in 3rd grade, and are usually fluent around 5th grade.

Echoing the French students’ sentiments about the differences between Germany and the U.S., the three expressed how much bigger everything is here, specifically naming cars, yards and houses.  “Burghausen is about the same size as Dexter,” Mathe said, “but looks completely different.  Burghausen has both a new and old section, and Dexter is more modern than both.”

When asked about the differences between school in Germany and school in Dexter, Beiber spoke up saying that DHS is “much bigger and much less strict.”  He shared that the teaching methods at DHS are more creative than in Germany, confiding that their lessons are dry and spent learning facts. 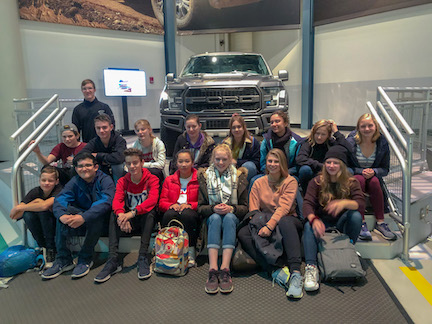 All three students were vocal about how strict school is in Germany; students aren’t allowed to eat or drink in class, have very limited bathroom privileges and cell phones are absolutely forbidden.  Students receive number grades rather than letters (1=A, 2=B, 3=C, 4=D, 5=E, 6=F), and if they receive one F or 2 E’s in a year, they are automatically held back.  “German teachers aren’t there to be your friend,” Fuchs commented.  “Dexter teachers seem caring, supportive and much more laid back than ours.”

Both Beiber and Fuchs agreed that their field trip to Cabela’s was the most unusual experience they had in the U.S., calling the taxidermy animals “creepy.”  Mathe found horseback riding to be a novel experience; wearing neon clothing and riding in the woods during hunting season, hearing gunshots along the way.  She said that hunting is extremely regulated in Germany, so she isn’t used to it.  Guns aren’t as readily available and hunting is only allowed in a few areas.

Beiber’s favorite part of the trip was attending a Red Wings game and receiving a personal phone call from Moritz Seider, a German hockey player recently drafted by the Red Wings.  Bieber’s host family knows Moritz’s family and arranged for the call, which in Bieber’s words was “really cool.”  He had never been to a hockey game before, and really enjoyed it.  Mathe loved going to the DHS football game and touring the University of Michigan football stadium.  Fuchs said her favorite thing was, “meeting new people and experiencing a new culture and country.  The people I met along the way made everything better.”

In June 2020, the Dexter students will make the reciprocal trip to Germany and stay with their exchange partner and family.  They will have the opportunity to visit the AVG school, sightsee around the area and experience real life in Bavaria.

“The students participating in the DHS/AVG exchange have a lot of fun experiencing a new culture and developing friendships that can last a lifetime,” says Sharrar.  “We are so fortunate to be able to enjoy Bavaria's schools, food, festivals, landscapes, castles, and culture. It is a wonderful experience!”