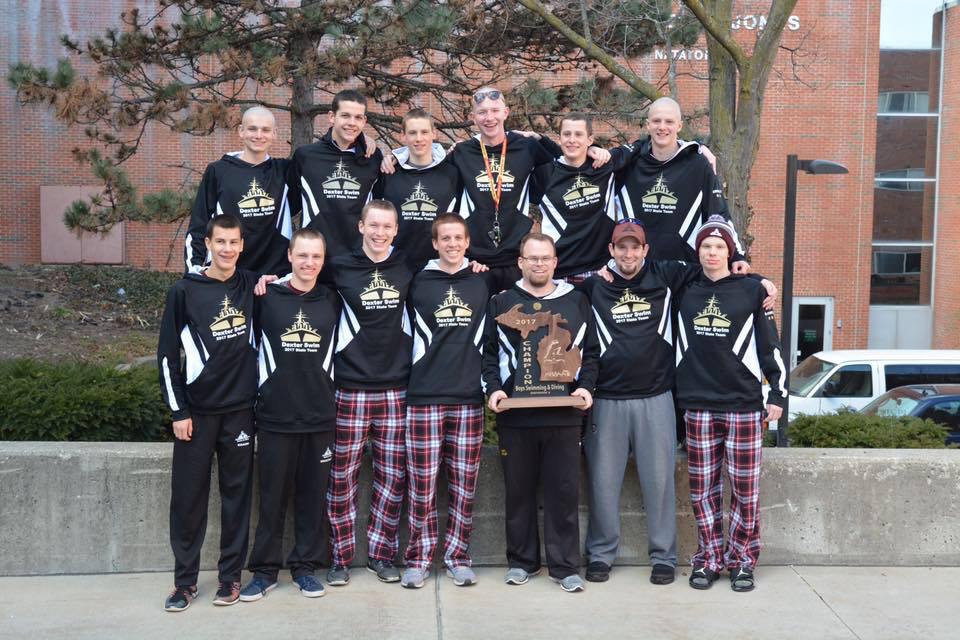 Welcome to the DHS Athletics department, home of the Dexter Dreadnaughts!

In order to participate in athletic programs at DHS, families must complete the following for their athletes:

Students will not be able to practice or compete until these items are completed. All the information needed for these items is contained in the modules below.

Parents who did not complete the back-to-school review prior to the Spring athletics season need to complete the acknowledgements in hard copy. Please sign and date THIS FORM and return it to the coach or athletics department.

[Parents who have not yet reviewed their student information in the Update Gateway for the year:

Once tryouts have concluded, school sport* participants must meet district pay-to-participate requirements.  All participation fee payments can be made online through Community Education, or in person at the DHS Athletic Office. (Fall links will be live August 1st).

Fees are per student, per school year. There is a family cap of $700 per year.

*The participation fee structure applies to school sports only. Self-funded sports fees are entirely separate from school-funded sports fees. They are determined by each sport and have no bearing on school pay-to-play family discounts. Students still register with DHS athletics, but payments are made to the club that runs that sport rather than through the school pay-to-play system.

Save money by planning ahead. The district offers several cost-saving passes for admission to home athletic events. All can be purchased/obtained in the DHS Athletic Office, weekdays 7:30am-3:00pm when school is in session.

What is Athletic Training?

MedSport is the sports medicine branch of the Division of Orthopaedics at Michigan Medicine. MedSport provides after school athletic training services including practice and game coverage to care for emergent, acute, and chronic type injuries for Dexter student athletes.  Your Dexter athletic trainers are:

Follow us on Twitter for helpful injury information and other great ideas for taking care of your body: @_DexterAT_

Concussions are a serious problem for athletes. Dexter Community Schools require all athletes, their families, and coaches to learn about concussion and sign a pledge form indicating they understand the seriousness and will comply with our concussion protocol. The pledge is included in our Athletics Registration form, but the information is posted below for your reference.

To be eligible, a middle school and high school student must comply with the following rules:

Age — He/she must be under 19 years of age, except that a student whose 19th birthday occurs on or after September 1 of a current school year is eligible for the balance of that school year.

Seasons of Competition — He/she must not have more than four first-semester and four second-semester seasons of competition in a sport in a four-year high school, or three first-semester and three second-semester seasons in a three-year high school, including present seasons. When two seasons leading to a State championship of the same sport are offered, an athlete may participate in only one.

Semester of Enrollment — He/she must not have been enrolled for more than eight semesters in grades nine to twelve, inclusive. Seventh and eighth semesters must be consecutive. Three-week enrollment or participation in one or more athletic contests constitutes a semester of enrollment.

Undergraduate Standing — He/she must not be a high school graduate.

Current Semester Record — Students must maintain academic eligibility in order to be eligible to participate in athletics. High school students must be passing four courses (each course passed equals 1/2 credit per semester) to satisfy MHSAA regulations. Students ineligible by MHSAA standards at the semester’s end will be withheld from athletic competition the succeeding semester.

Transfers — Student-athletes must have had an accompanying change of residence by the student’s parent, guardian or other person with whom the athlete has been living during the period of his or her last high school enrollment, into the district or service area of the school, to be eligible during the first semester in attendance.

Awards — Student-athletes must not have accepted any award or merchandise exceeding $25 in value for athletic performance. Athletes accepting memberships, privileges, services, negotiable certificates, or money are in violation. For amateur practices, students may not have accepted money, merchandise, memberships, privileges, services or other valuable consideration for participating in any form of athletics, sports, games or for officiating inter-scholastic athletic contests, or have signed a professional athletic contract. (Reinstatement will not be considered for one year.)

Limited Team Membership — A student who, after practicing with or participating in an athletic contest or scrimmage as a member of a high school athletic team, participates in any athletic competition not sponsored by his or her school in the same sport during the same season, shall become ineligible for a minimum of the next three contests/days of competition and maximum of the remainder of that season in that school year.

Adults who are not permanent DCS employees but are in our buildings and facilities interacting/working with students on a regular basis must have a volunteer form on file. This includes classroom parents, club leaders, athletic team helpers, and so forth.

Complete the Volunteer form below and return it to the athletic office. This information is kept confidential within our HR department.

Tweets by DreadStrong
Away Game Addresses 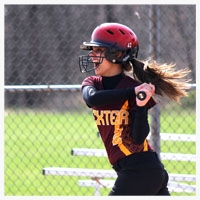